There comes a point in every nonprofit’s experience where your team realizes that there is someone missing: a major gift officer. A major gift officer is the teammate that takes charge on all fundraising assignments related to cultivating, soliciting, and stewarding major givers.

The definition of a major giver varies from nonprofit to nonprofit depending on the fundraising capacity of that organization, but their importance remains the same. A major giver is someone who has the capacity and willingness to give a game-changing gift to a nonprofit organization.

Clearly, a major gift officer is going to be an important character in the narrative of your nonprofit. So it’s important that you choose someone who is completely qualified!

The right MGO will look different for every organization, but all effective major gift officers will share some of the same characteristics. We’ve compiled this list of the 8 most important features to find in a major gift officer. Those traits are:

If you can find all or most of these traits in a potential major gift officer, you know you’re on the right track. Let’s break down these traits and see why they’re so important.

This trait is the first on our list because it’s absolutely crucial to the success of your MGO. Your officer is going to have to be able convey information effectively and efficiently through all sorts of communication avenues, so this should be one of the first skills that you look for.

Your MGO will have to communicate in the following ways, including, at the very least:

A potential MGO should be able to write clearly and effectively in a variety of tones. They should be able to gauge levels of familiarity and formality in different situations and adjust their presentation accordingly.

When searching for an MGO, consider asking for some sort of writing sample to get an idea of their own personal style. During the interview process, you might get a better sense of their capabilities if you set them up with an assignment to read, process, and present information on a topic. For example, ask your interviewee to craft a heartfelt thank-you letter based on a supporter profile.

Some great interview questions related to communication skills would be:

You’ll be able to tell from these questions how skilled they are at consolidating chunks of information into the most important segments on the fly, as well as get a sense of where their interests are.

Fundraising experience is a crucial trait of anyone that your nonprofit hires into a high-stress, high-stakes position. While not having experience is fine for entry-level positions, it’s important that your major gift officer understands the pressure of working on a fundraising campaign.

Whether or not your potential MGO has worked as a major gift officer before, they should at least have worked with a nonprofit on some sort of fundraising campaign before.

Some questions that you could ask your prospect to gauge their level of fundraising experience and comfort in the nonprofit sector are:

If your MGO has previous fundraising experience, they won’t become flustered or upset when something goes wrong. They know that unpredictability is the name of the game, and that nothing is ever going to go perfectly as planned.

They’ll also be able to bring their own unique experiences to your nonprofit’s institutional knowledge, which will benefit the fundraising techniques of everyone involved.

Adaptability is a key feature for anyone in fundraising, but it’s especially important for major gift officers. Major gift officers are responsible for securing some of the largest gifts for a nonprofit, so they must be able to think on their feet and react to any situation.

Nonprofit statistics indicate that the philanthropic world is changing rapidly, so your major gift officer has to be able to adapt to the changing times as well as the needs of the individual prospect.

In addition to being adaptable in their own role, they have to adapt to the needs of your nonprofit organization. Everyone in a nonprofit, especially the smaller ones, wears multiple hats. Your major gift officer should be able to flow between roles as necessary in order to keep everything running smoothly.

Some ways to gauge flexibility and adaptability in someone are to:

Being able to adapt and overcome any obstacles in a situation is a strong trait for your major gift officer.

When your nonprofit is searching for the right major gift officer to join your team, you have to consider how they’ll fit into not only your team’s culture, but also into the processes already in place at your organization.

Every nonprofit has a unique software system. Payment processing, online fundraising, and supporter data management are all just pieces of the nonprofit software puzzle. When you’re choosing your nonprofit’s next MGO, ask them the following questions during the interview:

Not everyone has the functional intelligence necessary to learn how to use new software quickly and efficiently. But given how much of the nonprofit sphere relies on software, your MGO has to be able to adapt and learn in any system.

This will also be crucial if you systematically track your major giver pipeline in your software. If your major gift officer can’t use the fundraising software you already have, they might not be the right fit for your organization.

It’s okay if your potential MGO isn’t already fluent in whatever program your nonprofit uses. The most important thing is that they’re comfortable enough with technology to pick up the new program with a little help.

There are two reasons why discretion is key for a major gift officer. The first is because your officer may have access to personal and sensitive information via the details a prospect has previously shared with your nonprofit.

The second is because there are limited major giving prospects in any given region. If your major gift officer is unable to keep the identities of your prospects during a fundraising cycle private, you risk them putting your supporters in an uncomfortable situation, especially if they are the types of supporters who enjoy giving to multiple organizations a year.

While it may be difficult to gauge someone’s level of discretion in an interview or over the phone, you can easily reach out to their references to learn about their behavior from people they’ve worked with in the past. Some valuable contacts to reach out to are:

Based on their level of interaction, each person will have a different perspective of your potential major giving officer, and those differences are valuable to your understanding of your prospective MGO!

Discretion is only one piece of the ‘effective MGO’ puzzle, though. For more information on major gift best practices, check out this guide to major giving from ClearView CRM.

Engagement from your MGO can be measured in the same way that you measure engagement with your supporters—by their level of involvement of various aspects of your organization as well as the fundraising industry as a whole. During the interview process, call your potential MGO’s references and find out how engaged they were with all aspects of the nonprofit.

Questions to ask during the interview to determine how engaged this person might be are:

Consider sending them a feedback questionnaire after their interview to gauge how they feel about the nonprofit. You’ll be able to tell how engaged they were with learning and responding during the interview by the level of detail they give in their answers!

The more someone knows about all parts of your nonprofit’s workforce, the more effective they’ll be at using their own position to the benefit of the organization.

But quick thinking isn’t the only tool necessary to read a room and secure the major gift. Your major gift officer has to be able to tell when someone responds well to a certain method or discussion, or when they’ve hit a rough patch and need to recalibrate.

Major giving to a nonprofit organization is very personal for many people, so your major gift officer has to be able to walk the fine line between making a connection between your prospect and your organization, and pushing the boundaries into someone’s personal life.

This trait can be difficult to determine in an interview, so consider some of the following options to learn more about the emotional intelligence of a potential hire:

All types of intelligence are important, but emotional intelligence is especially important for an officer who will interact with a variety of people on a near-daily basis about something as personal as major gifts.

The most important trait for your major gift officer to have is determination. Your nonprofit’s major giving strategy depends on the strength of will of your MGO.

It is no mean feat to come to work every day and know that most of the people that you interact with are going to tell you, “No.” It takes a certain level of resiliency, of flexibility and adaptation to thrive in a career like that.

When trying to find the right MGO for your nonprofit organization, look for determination and grit above all else.

Find someone who won’t be discouraged by an initial “no,” but instead will find a way to work with the prospect to reach a mutually beneficial agreement or a different solution to a problem that your nonprofit may have.

This trait may be hard to gauge with just an interview, so don’t be afraid to combine reaching out to someone’s references, giving them a personality test, and asking them to act out a scenario they may encounter during the hiring process.

Hiring anyone for your nonprofit may be an arduous undertaking, but by creating a list of the traits that are most important for each position, you can help yourself narrow down the list of potential hires to find the best fit.

For another useful tip for the administration of your nonprofit organization, check out this informative article on fundraising consultant fees from Averill Fundraising Solutions. 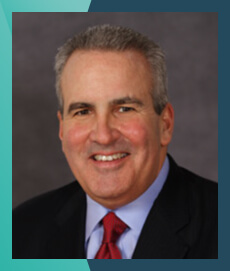 Bob Happy brings nearly 35 years of experience providing expert leadership and direction to clients across the not-for-profit sector to his current role as President of Averill Solutions. Before forming Averill Solutions, Bob served as the Executive Vice President and Chief Operating Officer of the nation’s largest fundraising firm. He has mentored hundreds of professional fundraising practitioners and many have joined him at Averill Fundraising Solutions.

Adam Weinger is the President of Double the Donation, the leading provider of tools to nonprofits to help them raise more money from corporate matching gift and volunteer grant programs. Connect with Adam via email at adam@doublethedonation.com or on LinkedIn.
Also by Adam Weinger (1)

6 Steps to Create a Fundraising Flyer for Your Next Event

Why CSR Platforms Are Important for Your Nonprofit